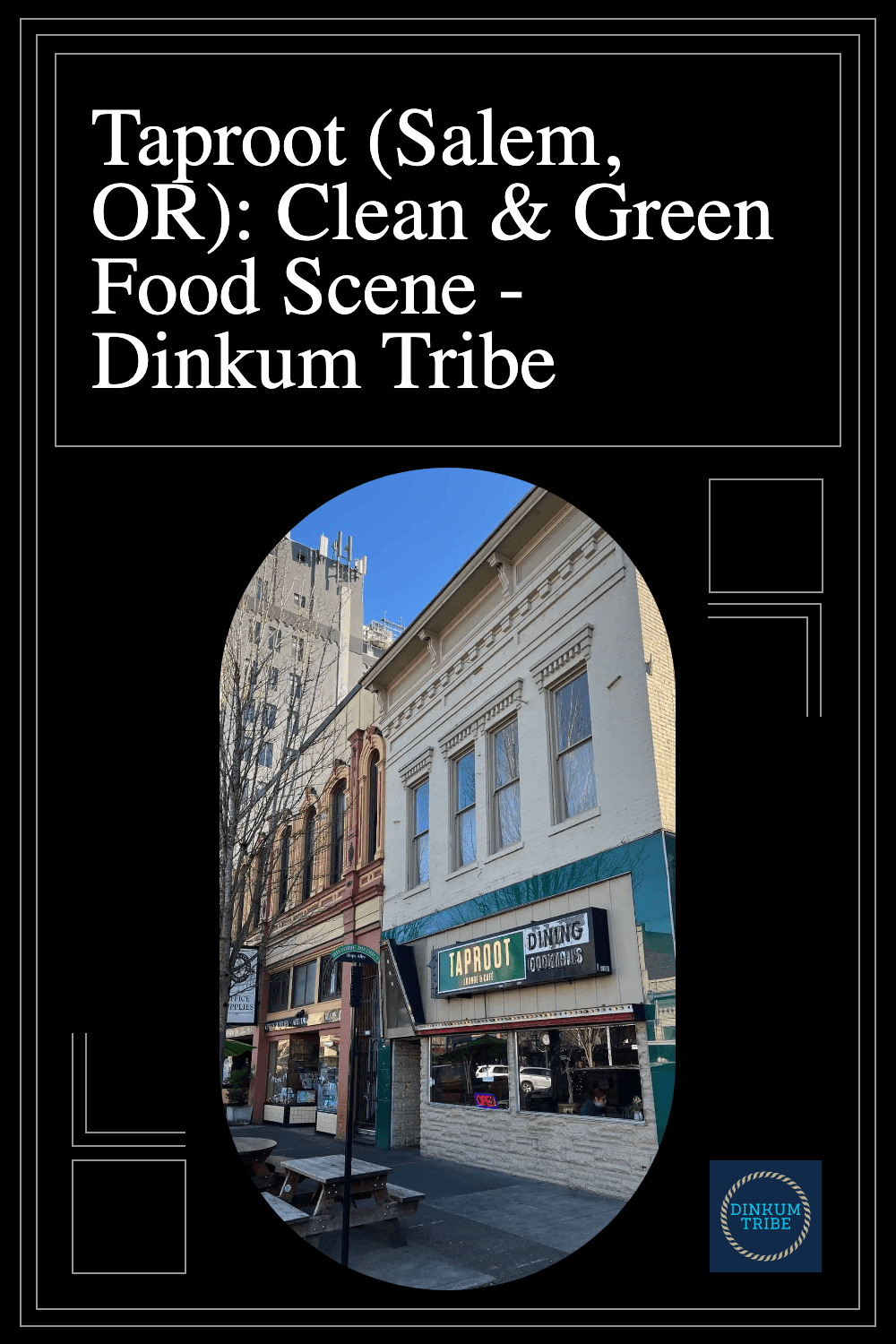 The parents got away again! This time I took Jennifer off to enjoy the lights and sight of downtown Salem.

Oregon’s Capital is a bit like Portland’s quieter sister. The Cherry City is small in size but big on culture, with its own vibrant food scene. In fact, I love this city’s “as-is” attitude. She ain’t Portland and she doesn’t want to be!

Two days before date night I took ten minutes to look over dining options via Google maps. I saw a lot of nice looking spots, but one restaurant caught my eye: Taproot Lounge and Cafe. It was highly rated and the meal pictures were phenomenal. I logged it away and got our arrangements ready.

(This post represents our authentic experience with Taproot. All opinions are our own, and Taproot did not sponsor or request this post, nor did we receive compensation for a favorable review.)

I have an eye for spotting great places. But I got a bit nervous when we first arrived at Taproot. The entrance felt iffy after several glamorous blocks of Salem downtown. Actually, the entrance is hipster, and the culture continues inside.

The restaurant was already quite full, which is saying something for a Thursday night. We were probably the oldest people in the room, but a friendly server greeted us and got us a table.

Blythe is a good word for this place. People are happy to be here and want you to be happy too. The atmosphere is creative, colorful, and comfortable. You start thinking about how fun it would be to bring a friend here.

You can tell that this is what Taproot has been shooting for. The whole place seems to say “Come sit and hang out for a while.”

I was hit with another shocker when I looked at the menu. The name Taproot had grabbed my attention because it sounded like a brew pub (which it is). But the botanical name has as much to do with the menu as with the bar.

Taproot specializes in vegetarian, vegan, and dairy free meals. I bit my lip and hoped that Jennifer wasn’t itching for a burger!

A Fantastic Experience at Taproot

Taproot did not disappoint. In fact, this place became one of my favorite restaurants in Salem. Here’s three reasons why Taproot is one of our top restaurant picks:

Taproot has an impressive drink menu and skilled bartenders. We were wowed by Parallel 45, a mixed drink unlike anything we had tasted before. The aromatic cocktail was beyond a Mai Tai, offering a parade of flavors in a single sip. It was like drinking a sweet flower, akin to the natural sweetness of floral teas.

The presentation was equally impressive. The drink resembled a flame, and you couldn’t help but feel that you were somewhere warmer than Oregon. Which is kind of ironic since the name, Parallel 45, is distinctly Pacific Northwest!

I was struck Taproot’s beer list. Their tap list offered no less than twelve ales and ciders all from the local area. And by local, I mean local. Not one of the selections came from a Portland brewery. Most were from Salem area breweries such as Gilgamesh, Santiam, and Ratchet. Two selections hailed from Wilsonville’s Vanguard brewery and two came from Eugene’s Ninkasi Brewery.

Finally, the tap list changes regularly, providing new options to try out with your meal. All of this makes Taproot an ideal place to get a taste of the Willamette Valley beer scene.

Taproot excels in creative, flavorful meals. We took a chance on two appetizers and struck gold both times.

First, we tried out Taproot’s famed Davocados. These are beer-battered avocado wedges served with a chipotle ranch dipping sauce. My first reaction to Davocados was astonished chagrin: how could it be that I’m only finding these now?!

The Davocados arrived at our table piping hot, which is always a good sign. Incredible may not be a sufficient word. But be advised, deep fried avocados are rich. Share a plate with a group of friends or you may find yourself full well before your meal arrives!

The second appetizer was even more impressive. A heaping plate of nachos unlike anything we’d ever had before. Fresh tortilla chips decked with arugula, black beans, corn, pico, cabbage, cheddar jack & goat cheeses, sour cream, and pulled pork composed this fusion masterpiece.

Before you check my credentials (or my sanity) let me say that the menu was not our first encounter with these nachos. We saw them before we saw the menu, and seeing was believing in this case.

Taproot’s nachos are incredibly flavorful. They are mildly tangy while savory at the same time, and offer a strong kick. The dish was no less nacho than any other I’ve had.

Like good fusion cuisine, the unconventional combinations actually added to the concept making these nachos delicious, intriguing, and comfortable all at once. Kudos to you, Taproot!

I have to admire how welcoming Taproot is. You get the real sense that this place is for people, not the other way around. Jennifer and I aren’t hipsters and couldn’t be even if we tried. But we felt totally at ease there.

Our waitress was personable and friendly, and we were never given reason to believe that we were out of place. That’s saying something because we’re both from meat-and-potato families that wouldn’t come anywhere close to soy milk.

We asked our waitress if kids are welcome at Taproot. She stated that kids are very welcome and a number of their customers bring their children regularly. Frankly, I see no reason to doubt her.

We had a fun, artsy fishbowl beside our table and found an aquarium in another part of the restaurant. A shuffleboard located toward the back of restaurant is another feature that suggest that Taproot is about community.

One of the most inspiring features we noticed about Taproot is their commitment to serving all kinds of people. At the bottom of their menu you have the option to purchase a community bowl, which will be used to feed a meal to someone in need. What a great idea to make a difference in a real way!

Since we had been so favorably impressed by the food, we decided to try the desserts as well. We had two non-dairy “chocolate” truffles, a raspberry drizzle one and a cinnamon-dusted truffle. The filling in both was a nut butter mixture. The truffles were okay, but we decided that we prefer standard chocolate!

Jennifer and I found that our two appetizers provided more than enough food and flavor for our night out. What’s more our drinks, the two appetizers, and two desserts had totaled to just under $40.00! Not bad when we weren’t aiming to go cheap.

Taproot had provided us a creative, quality dinner for a bargain. We look forward to returning to Taproot again soon, perhaps to try their breakfast menu, which is also highly rated.

To read another Salem restaurant review, check out The Cozy Taberna.

Brian Warren is an online marketing specialist and cofounder of Dinkum Tribe, a website dedicated to healthy, happy families. Feel to send Brian a message at dinkumtribe@icloud.com. 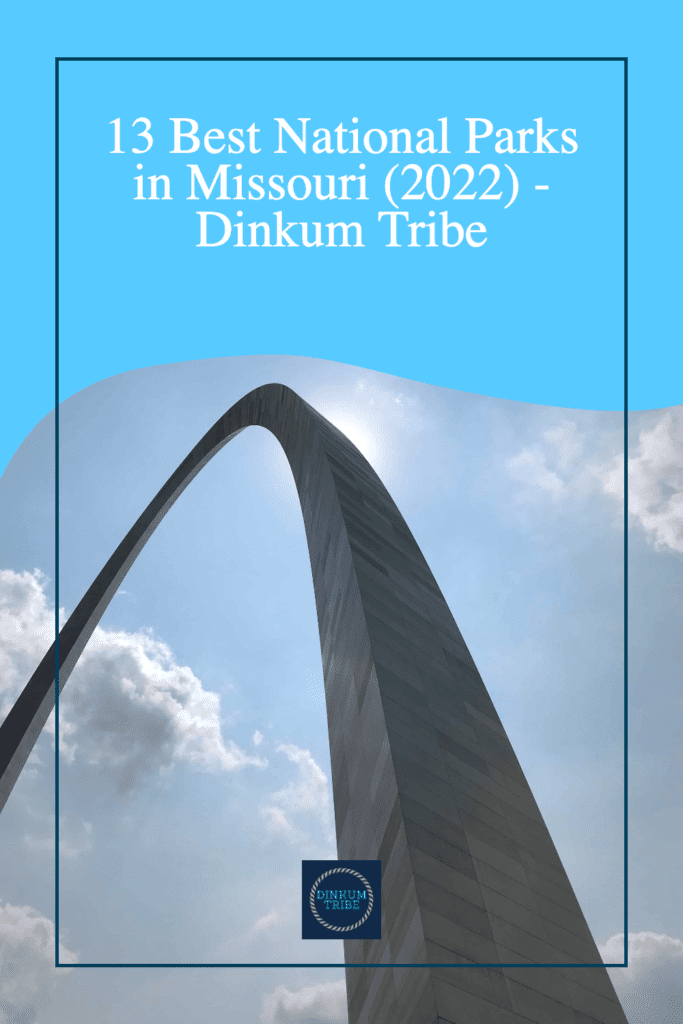